Doesn't he look familiar? (o not my profile pic here on wikia ;P) If you have guessed it, this is Mark Purayah II from Hitman Blood Money. He was an albino clone produced by ICA's rival group The Franchise. I'll leave a link to Hitman Wikia's site of him.

In my series, he with his superseder Mark Parchezzi III will be after Leopold and cause him huge amount of trouble XD Hope you like him, and you are welcome to use him (If you credit me) I'll sooner make a "body parts" of him, so you can animate him your self :) 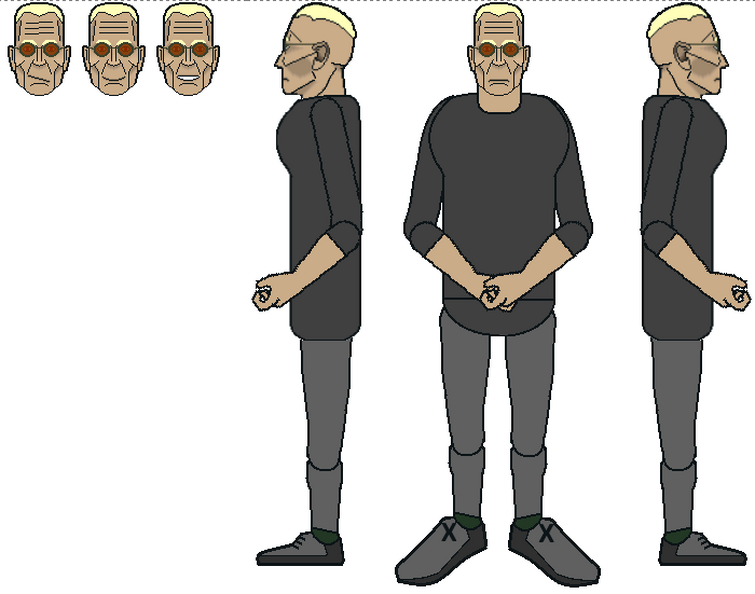 Man, that is so cool!

I wish I had the talent for stuff like that.