AngryGermanKid82 (Abbr.: AGK82, aka SkilesTV [1]) is a former AGK parodist who used to make AGK videos. His AGK series revolved around the main protagonist: Leopold Slikk. It follows Leopold in his misadventures. Several Videos in his series have been deleted but were re-uploaded by a now-terminated channel known as I am Dead (Walter Austin). Unfortunately, due to the termination of the, I am Dead account, the reuploaded videos are lost again.

In November 2012, AGK82's account has been disabled due to a Community Guidelines Strike. He quitted that account in order to wait for the Community Guidelines Strike to expire. 2 days later, he created an alternate channel called SkilesTV. In January 2013, he uploaded his last video on his channel and retired from his AGK Series. Since then, his two channels have no activity.

In March 2015, he officially announced his retirement, which means that he officially stopped making parodies such as AGK, Harold For Hire and even Downfall.[2]

Leopold Slikk
The main protagonist of the series and is portrayed as being extremely unintelligent and/or misinformed, he is often abusive towards others and has little to no respect for anybody, not even his family, he has an extremely short attention span and at times has problems controlling himself.

He seems to be Antisocial as he constantly plays on the computer every day and always plays Unreal Tournament, his school reports are terrible, horrible and are always terribly written and are never thought-out, Leopold always believes his reports, essays, homework, etc, to be the best in all the classes he has attended, no matter how immature, pathetic, ridiculous or frivolous they are.

Leopold's anger, hate, his usual failure in intelligence stems from the fact that his family, especially his dad, physically abuses and sometimes emotionally abuses him almost every day and nobody in his family cares, which shows he is also being neglected by his family.

Although Leopold seems to be downright evil and bad at times, having blown up five of his schools for getting permanently expelled, which he does solely out of revenge, but always fails to realize that it is his own fault he gets expelled and always blames the school staff or students, or even both.

Ms. Sukscox
Leopold's teacher, who sends Leopold to detention and Principal Diknoz's office. She died on July 15, 2011, in the Episode AGK goes to Summer School and was replaced by Mr. Stevenson. She returns as a Terminator robot in episode #71. She and Diknoz arrived at Jake's house and Diknoz battled Jake while Leopold fought Sukscox with a keyboard. Just as Sukscox was about to finish Leopold, Leonard and Fegelein managed to infect her with a virus, killing her for good.

Principal Diknoz
Leopold's principal who suspends Leopold. He died along with Ms. Sukscox and was replaced by Principal Lixadik. He returns along with Sukscox in episode #71. Sukscox and Diknoz went to Jake's house and he fought Jake until Leonidas attacked him, causing him to retreat to Hitler's bunker.

Harold Slikk
The father of Leopold and clearly the dominating Male head of the Slikk Family, he is often very abusive to his son Leopold and on few occasions, Leonard, he is usually seen trying to get Leopold to school which Leopold always refuses to, he is impulsive, aggressive, angry and rude to others, which he rarely has any empathy for, if he has any at all, he is almost always a sort of antagonist to Leopold, despite his child abuse, he is not portrayed as being a failure and stupid like his son Leopold, he really does seem to care about Leonard and is often fair to him, he doesn't seem to be in trouble with his wife.

Mary Slikk
The mother of Leopold, Leonard, and Leonidas, and the wife of Harold.

Leonard Slikk
Leopold's little brother, he is more mature, intelligent and easier to approach than Leopold, although Leonard seems to have close anger problems like his father and brother they are always in no way as bad as theirs, Leonard sometimes uses words like "Please" and asks nicely if he can play together with his big brother, but is always denied that allowance. In episode 72, he helped Leopold Slikk by teaming up with Fegelein and infecting the terminator Robot Mrs. Sukscox with a virus and killing her for good. Leonard is not that guilty though, as he is also able to do bad things.

Leonidas Slikk
Leopold's second brother. He was named after Leonidas, a king of Sparta.

Jake Randolf
Leopold's best and arguably, but most likely his first and only real friend in existence, Jake sometimes makes fun of Leopold and seems to bully Leopold on a few occasions, but he can actually look past Leopold's many clear flaws and sometimes seems to have some respect for him, possibly out of pity or out of interest, they sometimes play games together and talk.

Hermann Fegelein
The Master of Antics and always drives Hitler crazy. He managed to save Leopold by infecting Sukscox with a virus, killing the Terminator robot for good.

Stephen Quire
A rival of Leopold. He spends his life playing WoW.

Mr. Stevenson
Leopold's new teacher. There are signs in Angry German Kid Goes to a New School that Mr. Stevenson is gay with Principal Lixadik.

Principal Lixadik
Leopold's new principal. He is gay with Mr. Stevenson. He suspended Leopold on the first day of his new school. Leopold called him a pedophile (which he possibly is) in Angry German Kid Babysits His Brothers Part I.

Ronald Ramirez
A new character in AGK82's series. He was expelled from his school and moves to Germany. He meets Leopold Slikk and becomes friends with him, as they have obvious similarities, though they have some differences, making Ronald a little more original.

Leopold's House
This place is where most of the actions in the series happen.

Leopold's School
This is where AGK gets assignments and for the most part, he behaves awfully, swears, yells, and writes very bad reports.

Jail
Leopold had to go there on Episode 8 because he almost killed his father known as Harold Slikk. His mom bails him out though. Also, his jail cell has a malfunctioned computer which doesn't work.

McDonald's
Leopold went there on Episode 15. And he didn't get what he wanted so he had to beat up and kill the employee.

Hell
Leopold went there on Episode 30. He went there because his computer blew up and he died so he went to Hell. It was just a dream so Leopold woke up in his house.

Führerbunker
Where Hitler and his generals have conversations. 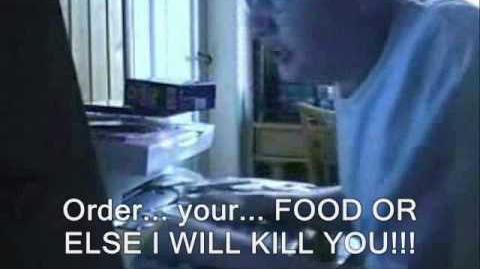 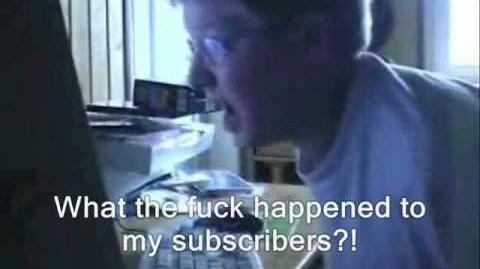 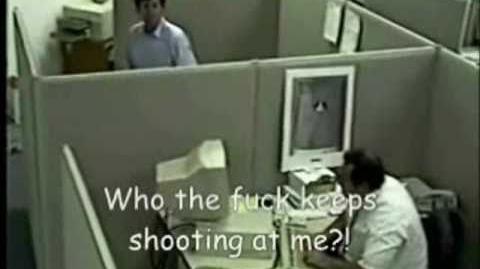 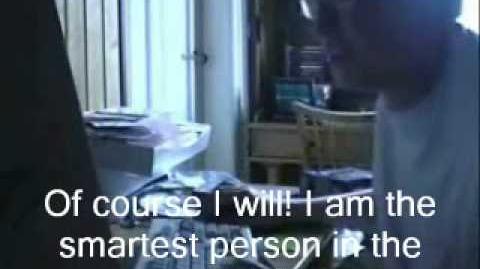 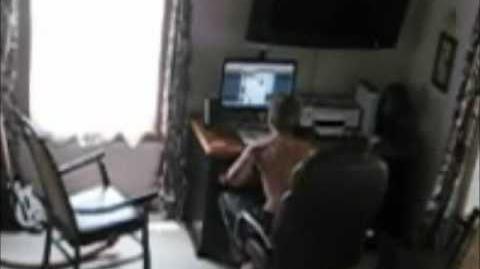 Retrieved from "https://agk.fandom.com/wiki/AngryGermanKid82?oldid=139700"
Community content is available under CC-BY-SA unless otherwise noted.