Unlike other AGK parodists, his series were quite unique because as of now, he decided to avoid making common parodies told over and over, (such as Angry German Kid smashes his keyboard, AGK gets grounded, etc.) and decided to create originals instead (such as his Angry German Kid finds out Windows XP Support has ended! or his Harold Slikk World Cup 2014 Series).

October 7th, 2015 was the last time he had gotten to AGK activity on YouTube. He still watches other parodies, however. The only thing is that he won't make AGK episodes again. Rumored he might consider putting AGK in some of his RC videos.....he also does Downfall parodies now! You can check them in his videos....then another game he plays is called Heroes & Generals. He also plays Terraria but does not make videos for it.

The criticism of the new AGK community may be why he retired.

The outer space picture used for a newer channel art. 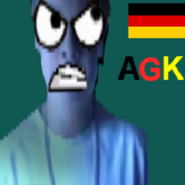 A slight new portrait from TAGKG2000.

Slightly different channel art than the newer one.

Slikk family on the plane in TheAGKGenerations2000's Angry German Kid July 4th Special (note that this wasn't the final snapshot; the Harold sprite is old.) 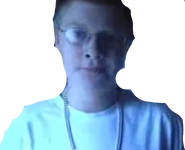 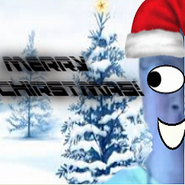 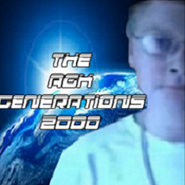 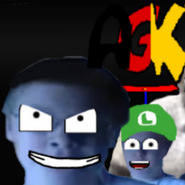