Carlos The Stickman formerly known as "Carlos" is a stickman OC created by Joey Slikk, He is based on/off and inspired by Daniel Gajardo Pulgar, He first appeared in Episode 1 of Joey Slikk's AGK Series, He only appeared in the creepypasta video known as "Carlos.avi", Where he walks around in a dark empty room, walks toward the screen and staring at the viewer. He even stared at Leopold Slikk who was the viewer watching Carlos.avi, And he even stared at Leopold in a dream where it takes place on the Carlos.avi creepypasta video.

He has a White round head, Has the body of a stickfigure, And has the face of Daniel, He does tend to have a different amount of expressions. 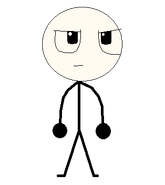 Sprite of Carlos The Stickman 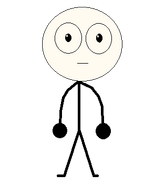 Sprite of Carlos The Stickman (Front) 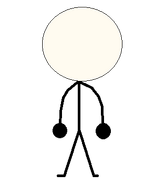 Sprite of Carlos The Stickman (Back) 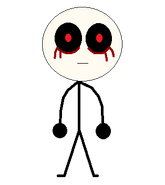 Retrieved from "https://agk.fandom.com/wiki/Carlos_The_Stickman?oldid=65195"
Community content is available under CC-BY-SA unless otherwise noted.