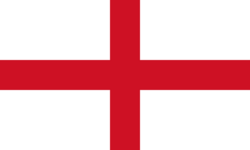 England is a country that is part of the United Kingdom. It shares land borders with Scotland to the north and Wales to the west. The Irish Sea lies northwest of England and the Celtic Sea lies to the southwest. England is separated from continental Europe by the North Sea to the east and the English Channel to the south. The country covers much of the central and southern part of the island of Great Britain, which lies in the North Atlantic; and includes over 100 smaller islands such as the Isles of Scilly, and the Isle of Wight.

The area now called England was first inhabited by modern humans during the Upper Palaeolithic period, but takes its name from the Angles, one of the Germanic tribes who settled during the 5th and 6th centuries. England became a unified state in the 10th century, and since the Age of Discovery, which began during the 15th century, has had a significant cultural and legal impact on the wider world.[6] The English language, the Anglican Church, and English law – the basis for the common law legal systems of many other countries around the world – developed in England, and the country's parliamentary system of government has been widely adopted by other nations.[7] The Industrial Revolution began in 18th-century England, transforming its society into the world's first industrialised nation.[8]

It Was Set on Videoman1443's Series

Retrieved from "https://agk.fandom.com/wiki/England?oldid=141457"
Community content is available under CC-BY-SA unless otherwise noted.