Five Nights At The AGK Studio

Scott Cawthon
Not to be confused with another game with similar name Five Nights at Angry German Kid's by BlueNewton.

The Five Nights At The AGK Studio series is a Five Nights at Freddy's Fan game by PVMAGKVIDEOS.

Five Nights At The AGK Studio

PVMAGKVIDEOS even made Leopold react to the trailer! ;)

Five Nights At The AGK Studio 2

Full
It was previously cancelled, but after he got back into AGK, it got back in development. 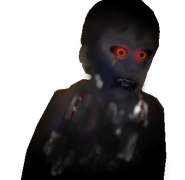 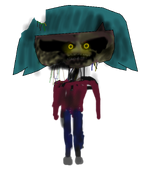 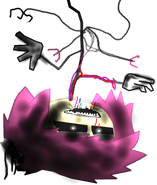 FegelPuppet
Add a photo to this gallery 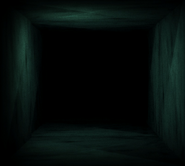 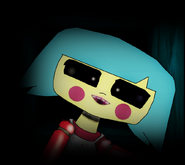 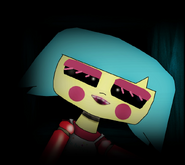 WitheredLeopold In Cam12
Add a photo to this gallery

A look of the new establishment.

The New Office with some old rusted animatronic in the background..

Five Nights At The AGK Studio 3

MilesTheCreator
There was no break, this was made non stop and it came out alomst a month later after the second! 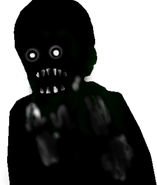 Phantom Jake.
Add a photo to this gallery 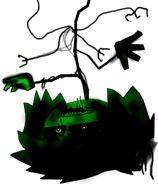 Golden Leopold.
Add a photo to this gallery

The plot goes around 10 years after the grand reopening of the AGK Studio, it seems that the company moved back to the first location where YOU as Raven the Nightgaurd worked. You now notice by now Nature has took over the facility with moss and grassy floors everwhere. You are greeded by the new Phone instructor that will help you through your job. However he refuses to talk to you on night 4 and let you hear some training tapes from the 90's. Location of The AGK Studio. Jerry, talks about the springlocks suits they provided for the AGK Funalnd attraction, a part of the studio for kids and grownups where they can be entertained.

The Crush of 98
During the same time you as the player get to see hidden minigames you see after each nightsift, providing with playing the Robots from the 90's getting torn and crushed by Mallie. At this point Mallie seemed to be physically destorted providing to kill everything she encounters. She even get's almost naked in every single one of them.

PhoneCall's providing the crush
The Crush Of 98' gets mentioned once again by Jerry, this time he tells about all situations and capacity that is going on.

Phone Call 5 ( Provided on the event )
“The news reports, that the big amount of crushing capacity over two hours ago has crushed almost all our equipment and props down. There's a lot of blood and metal parts around on the floor! Also be in case of any emergency, it is possible its caused by a girl, that walks really ominous towards you, well, as in the pose try to not make much noise at any costs. if she´ll find you your life might be done,. well I suppose your only solution is to hunt that girl down. Jeremy Doggers, was capable of taking any footage. but how long it was lasted was, until she smacked the employee with an axe on the floor, she seems to be hallucinating weird things, she might be stuck in a nightmare! well, uh... try to not fail your shift goodbye!”

Phone Call 6 ( Provided on the event )

“well it has been past a few days since the horrible event. I would confess the crush was so heavy. it's not gonna be a good place to hide now! this whole attraction is torn apart! two kids are killed... We are missing 3 more employees now! they're all dead! this shift is done, this whole career.. its gotta stop soon! We still have a spare Leopold head in the back ..Umm, a yellow one! But something is missing right now.. And now something is not even acting good right now! You might have a good chance to leave this place. All robots are dead... And we'll have to repair them! We might put a database of her identity, and if we will find that girl, they will torn her apart.. And kill her.. Well i suppose you wouldn't think of investigating, if she is still around. ”

Jerry The Phone guy in the 90's 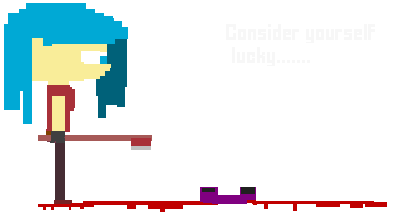 Five Nights At The AGK Studio 4

The 4th game was going to come out on December 24th but it was cancled because Jaiden wanted a break from making games.

The main Antaghonist in the fourth installment

A poster of somesort for the fourt installment 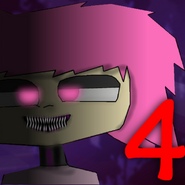 Images from the Trailer!

This is seen after the camera hovering in the dining area to go to a open door, to stop on this poster for a brief second.

There are 4 different drawings, 3 of them features that is maybe Jena, Strangely there's this wierd yellow looking guy upside down for some reason.. It looks like someone we have never met before, and he looks quite, fat....

The office apears to be, really....Old and rusty.... The FAN is on your desk, there apears to be one button that probably switches to the camera, ( If there is one )

Another speculation could be the look behind thing.

There's no clarity what's behind you, it seems to be glowing, or it's just bad reflection... HOW DO WE CLOSE IT JAIDEN??!!!

The Chronicles Of The AGK Studio

The Chronicles Of The AGK Studio

The Chronicles Of The AGK Studio is the 2nd to last game in the FNATAS Series, made by PVMAGKVIDEOS.

Five Nights at The AGK Studio 6: The Lockdown

Five Nights at The AGK Studio 6 or FNATAS 6 The Lockdown, is the final installment estimated by the creator. The game consists of 3 parts based on the full installment and will also reveal every missing element on the plot.

The first game took in an unknown establishment. The main character Raven Anderson was locked by the staff members who used to be around the studio. They simply told him you're in charge now, Good luck.

You have to control the facility now by yourself. Inorder to keep out the new animatronics sent from Japan.

There was either an finance reason on why they bother to pick Japan for repairment.

However, Golden Leopold who is probably Jaiden, doesn't like the idea and it could very well be, that he is the ''figure character'' of the developer as he speaks in code and computer words. Like development, programmer or programmed.

Since the engine PVMAGKVIDEOS uses to make the game, only support about 2 gigs of RAM build in.

Part 2 will feature a variety of the first part and from fnatas 1 2 and 3.

You are in control once again, however this time the establishment seems to be upgraded.

You have to figure out who is the mastermind behind all of this because you know, you're not alone.

Someone else is tampering within the establishment.

Every completed night will feature a short cutscene from the story or the lore in part 1,2

The location also seems to have an underground section aswell as an upper section.

The veteran animatronics are probably a refference from we are the veterans known as in the first game.

If you suceed succesfully you may be awarded with some special cosmetics or unlockables for the next part.

Part 3 will feature the final conclusion of it all.

It's a more recent version of part 2 and the elements will be the same, however, this time. The mechanics are slightly changed and damaged. This time it's your choice who your final faith will be, either living commands for a programmer, or putting your career down once and for all.

Retrieved from "https://agk.fandom.com/wiki/Five_Nights_At_The_AGK_Studio?oldid=141449"
Community content is available under CC-BY-SA unless otherwise noted.