Scott Cawthon
Not to be confused with another game with similar name Five Nights At The AGK Studio by PVMAGKVIDEOS.

The gameplay is the same as FNAF's, with the only difference being the animatronics being replaced with AGK characters.

It's the same like FNAAGK replaced with the characters on the game plus it's for everyone to play his game though the public.

In progress ... ?
This the final installment for his FNAAGK series. 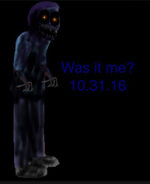 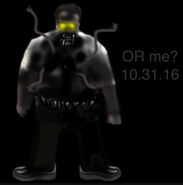 Add a photo to this gallery
On August 10, 2015, BlueNewton was working on "Fun with Plushpold". He will make the nights soon.

Retrieved from "https://agk.fandom.com/wiki/Five_Nights_at_Angry_German_Kid%27s?oldid=141452"
Community content is available under CC-BY-SA unless otherwise noted.