“Copying names and trying to be them is stupid to do, like something I used to do when I first joined the AGK fanbase, I started off as AngryGermanKid83 but after a number of questions, I changed my name to Thunderpenguins101 but I was told to use a different name from Mitchell Productions so I went with Icepenguins101 to avoid any similarities with Thunderbirds101. After a major feud with 4 people, this caused my 3rd name to be exposed by NeoCorp and PG9185, so I decided to go use my real name.”
―Jayden Montoya on the evolution of his channel names

Jayden Montoya, formerly known as AngryGermanKid83, Thunderpenguins101 and Icepenguins101, is a parodist since June 11, 2014 from California, born on November 10, 2001. Aside from being a Slikker, he is also a Text-To-Speech parodist, a site developer (unlike any other Slikker) known for running an extremely popular website named Bloodstreams Corporation, a game developer (both JavaScript and SmileBASIC), a Mannerheim parodist and a Splatoon GModder.

Like Ivan187, his video editor is capable of doing better animation than in his early episodes and in old school AGK parodies, but it can be very problematic at certain times because of memory limitations (thus resulting in most of them being short, although as of November 10, 2016 they have been made longer because he got a new external hard drive, which failed on him in September 2019)

Jayden only remembered a little regarding his status before becoming an AGK fan or a Slikker. He signed up sometime in 2006 as "JaydenMontoya" (which ended up getting closed years later) and he only interacted with Animal Crossing videos, most notably this one.

He became interested in Angry German Kid parodies while his username was "JaydenMontoya" in 2012. Influenced by MichaelsiCast at that time, he also made a rather unfinished AGK parody on Windows Vista using Movie Maker. Unfortunately, that project was never touched again or uploaded publicly, since he ended up crashing Vista with AlienGUIse sometime later.

After closing his "JaydenMontoya" channel sometime in 2012 (he can't remember when he closed his channel), he decided to take up on a new channel in October 20, 2012 under the username "JaydenWilliamMontoya". He never uploaded on his channel until September 20, 2013, where he posted "Mayu's Adventure I: The Adventure Begins", which happened to be misleading (the thumbnail displays an Animal Crossing girl attacking a car with a golden axe, but the video happened to appear as a wide-screen and almost-sepia-toned version of one of the videos he tends to watch)

He also posted numerous soundtracks from Bloodstreams Battles: Armies of the Warfare, but they were only 26 or 27 seconds long until uploading another with an extended length, at December 1, 2013 around 6:58 AM.

A 12-year old Jayden, feeling lonely and hated about his breakdowns on Nonie Maylle and Deanna in 2013, uploaded a channel trailer in May 30, 2014 calling himself "Bloodstreams Corp." (short for Bloodstreams Corporation, his main company), featuring "AGK parodies", "ACNL videos", "soundtracks" and "Facebook Classics". This channel trailer hinted the start of Adventures, which wasn't uploaded after an antic video that was uploaded on June 3, 2014.

In June 11, 2014, he unexpectedly joined the AGK community by changing his name to AGK83 Productions and uploading his first episode of Adventures as a part of his plan to completely reboot the then-retired AngryGermanKid82 to trick viewers into thinking he was Nick Skiles.[4]

After episode 9 launched, in June 23, 2014, he decided to switch away from YouTube Video Editor to Windows Movie Maker to improve his series and it continued to be in use until episode 14 after mistakenly frying his Windows 7 computer with soup broth.

After several episodes that were poorly-edited with YouTube Video Editor, he unexpectedly changed back to Movie Maker in episode 21, but this time he used it with Windows 8.1. He continued to use Movie Maker up until October 13, 2014, the release date of AGK S2EP8, where it utilized VideoPad to again improve his series.

He announced his first retirement on September 27, 2014. However, he quickly turned down the idea, saying that he was going to put Adventures on hiatus until his 13th birthday, but his hiatus was ultimately rushed to have S2EP3 released on October 1, 2014.

In November 7, 2014, 3 days before his 13th birthday, he decided to utilize Sony Vegas Pro 13 with the release of AGK S2EP13, however it was met with with negative results, as it constantly flashed his video. At that time, this was where he turned neutral on Cansin13 for criticizing that "Sonic.exe won" (this comment is no longer available) due to a request by a fan suggesting that Sonic.exe should win in Part 3. This occurred some time before he changed his name after he was getting sick of the amount of complaints he has received about him being AGK82.

After a wave of complaints, he eventually changed his name to "Thunderpenguins101" in November 7, 2014. Sadly, this name change was only in use until November 8. He barely did anything under this name.

Following a conversation with Mitchell Productions/AceofSpadesProduc100 on Facebook concerning about his name, he changed his name yet again in November 8, 2014, this time being known as "Icepenguins101" to avoid people thinking he was going to rip off a popular TTS video maker known as Thunderbirds101.

His first video with this name change was in AGK S2EP14. While it was still flashy, it still managed to hit the spot as the first AGK video of him playing SoulCalibur V.

In December 13, 2014, the release of AGK S3EP3, he switched back to VideoPad after his Sony Vegas Pro 13 trial expired. He continued to use Windows 8.1 for most of his episodes up until S3EP14, released in March 14, 2015 as a result of his laptop being crashed by 5 viruses (which caused him to cry heavily about it), all which were identified as Peek by his father. This caused him to sadly revert back to YouTube Video Editor, going back to the standard screen resolution and eliminated his intro and outtro.

In August 1, 2015, he obtained a new computer which ran Windows 10 and uploaded AGK S4EP3, which was a massive improvement over S4EP2. He continued to make more episodes up until he quit in August 12, 2015 with AGK S4EP13.

Following many random videos, he eventually started to air a new Angry German Kid series, called Rebooted, in August 30, 2015 which only consisted of nine episodes.

He retired again on December 5, 2015 due to him running out of ideas for the show. 20 days later, he returned with the disastrous Rebooted episode 9[5].

Sometime later, he came back to air AGK Unleashed in February 23, 2016. However, he unexpectedly quit Unleashed for some time due to problems with his computer and a feud with AlphaSkyRaider that occurred on April 2016.

He retired yet again in April 7, 2016 to go back to his personal life. A month later, he returned with Unleashed episode 2, which seemed to be completely different from how it was planned to look like.

Eventually, after watching this episode by POKEGAMERZ 9185 (with poor editing, similar of that of Brian Chiem's and NeinCatAGK's), he became highly enraged immediately after POKEGAMERZ repeatedly kept turning him down on his negative review and Jayden started to aggressively feud POKEGAMERZ 9185. Unfortunately to Jayden himself, he became hated by IaD after Jayden aggressively ranted on POKEGAMERZ 9185's channel using Microsoft Sam, and ignored POKEGAMERZ for some time while he was feuding IaD after learning about IaD's 20th AGK episode, which made Jayden even more angrier that he made a Microsoft Sam rant on him and went on to work on Unleashed episode 5: "AGK watches suicidemouse.avi" which would eventually become released in June 11, 2016.

Jayden's extreme rage caused him to face backlash from POKEGAMERZ, IaD, AlphaSkyRaider and NeoCorp in June 5, 2016, which made him completely drop the Icepenguins101 name to use his real name as a result of the backlash.

After killing his 3rd name, Jayden continued to feud POKEGAMERZ and IaD until July 19, 2016, when he suddenly stopped feuding him and apologized to him as well as AlphaSkyRaider at one point, ending his controversial insanity incident in both the AGK and Downfall community.

11 days after the incident, he began to make YTPs in a similar fashion with PrinceStickFigure and AGKandvideomaker2000, but he only made "Patrick hates" videos during his time as a YTP video maker.

In September 28, 2016, following huge waves of subscriber purges, he prompted GeneBernardinoLawl to give him a chance to prevent it. It's unknown what happened after that, but Jayden became a big fan of Gene after that.

In October 2016, he announced AGK Reloaded, making it his official fourth series. Reloaded premiered in June 11, 2017 for his 4th anniversary.

He joined Dailymotion in October 30, 2016 to provide backups for blocked episodes (and also YouTube reuploads) in response to copyright problems.

In March 3, 2017, he became a Mac user after 2 and a half years, switching away from Microsoft Windows to become an anti-Microsoft person.

On the evening of May 15, 2017, during the nomination of the sixth AGK Parodist Award (prior to its cancellation in June 2017), he announced his plans to retire on his G+ profile] due to him losing interest on AGK because of clichés, saying that "Unlike TheCrazinessCat and Cansin13, I'll still keep episodes from all four series on my channel to be available to watch after the retirement, including the two AGK movies, All in One and the totally random ones."

In August 26, 2017, along with Adrenaline21, Jayden silently revealed a comic version of Reloaded which is due to be out sometime.

In June 23, 2018, Jayden announced in the AGK community and his Twitter account that he was quitting due to his stress over clichéd concepts and grown interest on Splatoon SFM videos, however in July 4, 2018, he later changed his mind.

In December 16, 2018, just three days after the AGK Discord server raid, Jayden announced on both his DeviantART account and his Twitter account saying that he was quitting. However, he apologized about the incident on this wiki and even announced on DeviantART and Twitter that he decided to turn the retirement idea down.

Episodes with a bold text means the episode is in progress, and in italic means it's finished (and being processed by Jayden's MacBook Pro)

Angry German Kid Reloaded aired in June 11, 2017, with a comic series by Adrenaline21 due to be out sometime.

The Angry German Kid Movie was released in October 12, 2015.

Teased in October 25, 2016 with a poster showing Leopold, Harold and Jake against Saddam Hussein, The Angry German Kid Movie 2 was released in September 25, 2017.[15]

Teased in July 27, 2017 by Adrenaline21, Final Mix is the third movie that was planned to start sometime after Reloaded S4EP22c (AGK vs Alvin Hung) and S4EP22m (AGK vs Mannerheim II: The Final Fight).

All-in-One was released in July 23, 2017 which consisted of every episode from Adventures, Rebooted and Unleashed. View the playlist here.

Teased in November 13, 2018 in a Facebook Messenger chat group, Final Origins will be a part-series (exactly like the first two movies) that does not involve the original AGK video, but instead, relies heavily as a Splatoon Garry's Mod series. 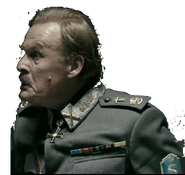 Stan, as seen in Adventures
Add a photo to this gallery

Retrieved from "https://agk.fandom.com/wiki/Icepenguins101?oldid=139321"
Community content is available under CC-BY-SA unless otherwise noted.