In episode 3, he was named Percy Krebs. From episode 6, he is named Jake Randolf. In this series, it is also known from episode 76 that he has a brother named William. In this series, episode 93, Jake tells Leopold about his sister Emilie, and his father is seen on the photo. In episode 101, he is along with Leopold expelled from Hitler's school. In episode 106, he is seen with Leopold in front of the school and is revealed he will repeat 9th grade After Leopold finds out he will repeat it with him, he is happy and angry together. In episode 114, he got stuck in the elevator along with Leopold, Willy, Emily, and Eddie. In episode 123, he, along with Leopold, Willy and Elias changed nice suprise for Mr. Suxapingas to horrible disaster and is knocked out by Emily, Eddie and Dennis. In episode 124, in 2042, he appears in school and tells something to his future son James. He also appears in Leopold's future work. In the same episode, he says he hates Economics with Ms. Emolga.

In his series, Jake made a first appearance in the future series.

In his series, Jake first appears as a small cameo in episode 2. He will make a full appearance later in the series. Jake is playing the Trumpet in School.

In his series, Jake is notably much older and wiser than Leopold, and is Leopold's only friend.

In this series, Jake was born on May 18, 1999. He is one of Leopold's friends and has a sister named Angela.

Like in the most AGK Series, Jake is a Leopold's best friend and supporter. On Episode 11, he helped Leopold and Harold to battle Jack Frost and Elsa.

Jake appears a few times in this series and he first appeared in Episode 18. He is Leopold's best friend who likes to hang out with them, no matter if it is going on an adventure or watching stuff on YouTube. Jake likes to call Leopold "Gangster Leopold" as well, and vice versa. In Episode 18, it shows that Jake is not a very strong fighter.

He First appeared in Episode 97 Season 9 to introducing his him from creating the first job!

Jakub Cwerleszłski Randolf Born in February 28th, 1999 he is Polish-German due to one of his parents being Polish. He helped defend his friend from gangsters, evil doers, and more. Leopold talks with him a lot of times. He also helps Leopold get out of jail from Dark Leopold and gets praised for that. Sometimes he helps Fegelein for putting pepper mint and hot sauce for Hitler burning like a dragon and he also laughs with Leopold how Hitler says 'MOMMY! MOMMY! HEEEEEEEEEELP MEEEEEEEEEEEEEEEEEEEE".

Jake Randolf is a 15 year old gangster who is best friends with Leopold Slikk and Ronald Ramirez. As is also friends with Kaeru Otoko, Steve the Cat, Jade the Rabbit, and several other characters in PSF's series. He didn't appear in the series until PSF's rebooted series. He lives with his mom and dad Jakie and Randy Randolf.

Jake is a member of The Slikks (Movie 2 and Reloaded) who chooses to battle on Leopold's side, taking out any members of The Bastards whenever he wishes or wants to. He didn't officially show up in the series until Adventures S4EP4 (Angry German Kid vs New Angry German Kid) along with his father, Stan Randolf.

He is the best friend of Leopold. His first appearance is at Episode 47. He also appeared in Episode 69 and he also put candies in Leopold's Pumpkin.

He loves The Loud House and Roblox.

He is Leopold's best friend and he appeared in Episode 3 and then he started fighting in Episode 18. He really hates Evil Talking Tom so much that he wanted to get dead forever.

Jake as he appears in Die mörderische Jagd 2

Jake Randolf as he appears in episode 72 of AngryGermanKid82's AGK Series. 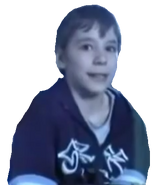 Jake in the poster for GarrettComedian's AGK series for season 2 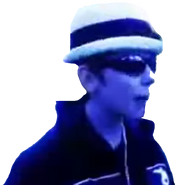 Jake's walking animation made by MilesTheCreator 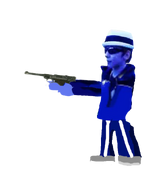 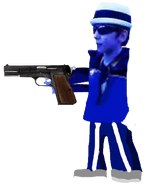 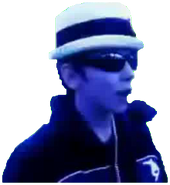 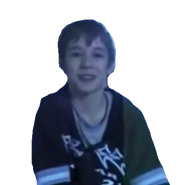 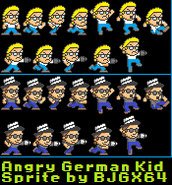 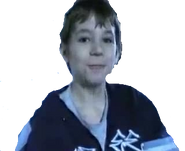 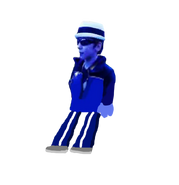 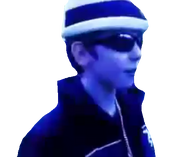 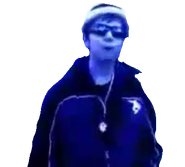 Cansin's Jake Sprite but in the stas look by Jama-Lamp 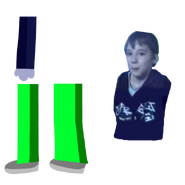 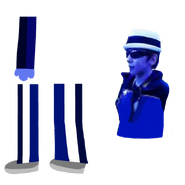 Retrieved from "https://agk.fandom.com/wiki/Jake_Randolf?oldid=143451"
Community content is available under CC-BY-SA unless otherwise noted.