"He was born at the same year as Leopold in Germany. Before reach into 2000s, he was moved to Ireland. Johnny was called Antic Guy by his friends since on he's on elementary school in Dublin. After he was finished his elementary and junior high, he went to Germany to meet Leopold again at senior high school in Berlin."

In the end of episode 5 before the credits, Johnny was born in Germany (possibly Berlin, when he meets Leopold again) at 15th October 1995. In Episode 2's flashback reference by Leopold, Johnny had a tour in Indonesia at 1996. Again in Episode 5, he moved to Ireland with his family in 1998 (Episode 6). Johnny was called as Antic Guy by his friends in his elementary school until he went to his junior high school. 3 years later after his success in his junior high school, he later moved to Berlin, Germany to meet Leopold again in his senior high school.

In his daily life, he annoys his enemies with his antics and allied with Leopold (episode 3), Adrenaline21 (episode 6) and his friends.

In season 2, 3, Final Mix and Final Mix~The Movie~ Bumper, his biodata can be seen as...

In Episode 2, Leopold yells at Johnny due to his Indosiar Flying Fish of Doom antic prank but he's not using that antic instead Fegelein uses his Spiel-Prank in his house.

In Episode 3, Johnny uses Spiel-Sword, Spiel-Shield and Spiel-Remote when he and Leopold are fighting with Barney

In Episode 6, Johnny uses his Spiel-Trap to Adrenaline21 for being immovable for 3 Turns.

In Episode 8, he uses same antic from the 1st episode and 4th episode.

Johnny is in his Supreme King of Antics form when Johnny takes the scroll. 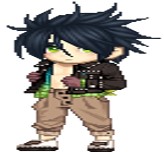 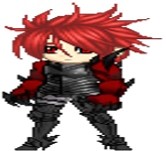