LeVar Brown (A. K. A. Freight Train Brown) is the father of Cleveland Brown from the Cleveland Show. He is a minor antagonist in Atarster's AGK Series,

In Episode 15: AGK's Birthday, LeVar decided to ruin Leopold's birthday, and so disguised himself as Thomas O' Malley. Shortly after infiltrating the house LeVar decided to go on the attack, only to have to fight with Leopold. After the fight, LeVar Brown was arrested for not only attempted murder but also for child abuse and assault. In Episode 31: AGK Escapes Out From Jail (A. K. A. AGK VS LeVar Brown Again), LeVar decided to make an attempt at escaping from jail, and then hunt down Leopold, so he pulled out a pickaxe he smuggled into his cell to dig his way out from underneath the jail. When he saw Leopold and realized that they were both sent to the same prison, he decided that this would be the perfect opportunity for a rematch. During the fight, LeVar transformed into his "true form", but after Leopold hit him with his keyboard, he turned back to normal. After the fight, LeVar decided it was time to finish Leopold, but the Beagle Brothers arrived in their car, and hit LeVar dead on, launching him into the horizon. He also made cameos in Episode 87: AGK VS. Bubsy Again & Episode 89: AGK VS. Kazuya Mishima Again. LeVar Brown is voiced by Atarster himself. 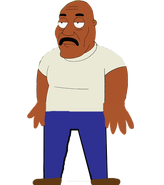 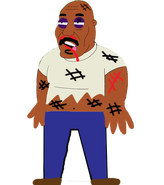 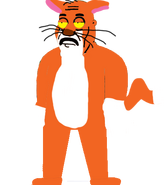 LeVar Brown with his Jail Uniform