German
Leonidas Slikk (born on September 25th, 1995) is one of Leopold's brothers and he is a bit younger than him.

He is often represented as stupid to some extent and having an unhealthy obsession with robots, trains, pranking Leopold and everyone, and rockets, and also enjoying to mess with Leopold's stuff. As said, he drinks 2 energy drink packs, just like Leopold.

He is a bit annoying to Felix Slikk, like pinching him and stuff, but when he changes his diaper, he doesn't be annoying.

In WedgePee's series, he bought GTA and COD from a friend at school.

In Diablojas (before his account suspended) AGK Movie his name was Lion Slikk.

He made an appearance in episode 45 of AngryGermanKid82's series where he is watching a video of Harold Slikk throwing a tantrum. He also appears in episode 54 where he is having dinner with his family except for Leopold.

His major appearance is in Episode 70 when Leonidas was Playing Xbox 360 with Leonard. He was also Leonard's henchman in Episode 71. In episode 72, Leonidas attacked the Terminator Robot Principal Diknoz before Diknoz could kill Jake.

In episode 71, it is shown that he loves robots.

In xx4REXDARKHUNTER4xx's series, Leonidas only appears in 1 episode but will most likely appear in more. In episode 9, he babysits Leopold. Little did Leopold know that Leonidas was a prankster which makes Leopold hate him.

In IceManNJD2's series, he was introduced in episode 58 of the series.

In NintendoWizard456's AGK Series He first appears in episode 1, AGK plays Sonic.exe. Leonidas is someone who really cares for his family so much he got injured protecting them. One time he saved Leopold's life by pushing him out of the way of a speeding truck (Episode 7: AGK's Origins), but it didn't end so well with Leonidas, he was badly injured but survived, after that though he became cuckoo but still tries to protect his family the best he can. 99% Cuckoo. 1% Protecting Family.

In BlueNewton's Series Leonidas was in the AGK Movie by BlueNewton and episode 28 because Leonidas is now being nice to Leopold and Leonard.

In AGK Universe's series, He will be introduced in Episode 19.

In CasperTheLawlBro2001's AGK series, he appeared in Episode 15. He's the adult German human version of Wing (from Chuck Chicken series) and Oswaldo (from the Brazilian cartoon series with a same name).

He also have a spin-off called "The Leonidas Slikk Show" which is focusing on him. His high-school friends are "Einstein" and "Dooby".

Leonidas Hill-Garnett Slikk (Born on March 21st, 1997) is one of Leopold's brothers who troll him a lot, steals his XBOX One using his account for having fun, laughing like a maniac and smashing Leopold's keyboard for the never-ending prank.[link, source or proof needed]....

In IP101's series, Leonidas is Leopold's second brother who was forced out of his home in Movie 2 and behaves exactly like his counterpart in AngryGermanKid82's series - he is an Xbox gamer after Leopold gave him his old Xbox One (the one that he used to play Soul Calibur V and the first two Five Nights at Freddy's games in Adventures) who has an obsession of robots.

In AGKFan640's series, Leonidas is the second brother of Leopold. His first appearance is at Episode 34.

He likes to dance and tickle people including Leopold, Yuki, Jake, Leondra and everyone else.

In YumaSonic2016's AGK series, Leonidas is the second child of Harold and Maria. He was diagnosed with Attention Deficit Hyperactivity Disorder when he was 5. He then started having dirty thoughts when he was 8 years old, leading to Leonidas acting like a pervert. Leonidas at 12 then began to pick on others,also leading him to say offensive jokes. Leonidas is known for doing things like groping Leopold's friends, showing his siblings explicit pictures of all sorts of cartoon characters, losing his temper and raging, licking other people, telling racist jokes during family time, touching others' genitals, attacking others for no reason, threatening to say the N-word, and other immature, ignorant, and sexual acts. He also likes to flirt with people regardless their age, gender, or orientation and despises others who aren't of his personality.. His perverted side came entirely from when he first masturbated while he was watching Pokémon. It's also possible that Leonidas could be bisexual. 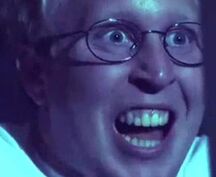 Leonidas on Re: Internet People - The Angry German Kid Responds!. 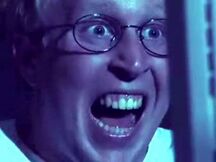 Leonidas gets happy, when he see Leopold on Internet People. 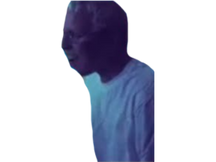 whoops, I Replaced Leonidas Sprite from MojochivideomakerCS with that one by mistake, 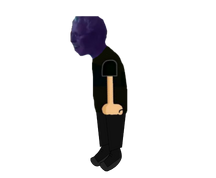 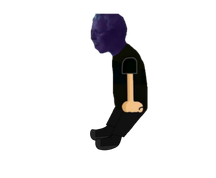 Side sprite from the seasons 4-5 of GeneBernardinoLawl's AGK series

Front sprite from the seasons 4-5 of GeneBernardinoLawl's AGK series

Back sprite from the seasons 4-5 of GeneBernardinoLawl's AGK series