PVM(ParodyVideoMaker)AGKVIDEOS is a Dutch AGK parodist, who created several channels that ended up getting closed, he then later becomes highly terrorized with Anime memes and most importantly, his love for Haruhi Suzumiya. Which may have slowly dimmed down at the very moment.

His previous channel was closed on February 19, 2015, shortly after planning to make several seasons off of his remade AGK series. A few days later he reopened his channel with the same name, but his series had to be started over. He also has now officially declared to stop making FNATAS and just killed if off the next day.

He's mostly known for remaking his older series over and over again. And is currently working on the AGK Volume X Series.

Back in 2008, he made his first channel on YouTube (Pasqualegamergta; Pasquale Gamer GTA). The only thing he did back in those days where making YouTube Poops. After he shortly had in mind to do something else. It shortly began to grow until he saw a suspicious Youtube poop of an Angry German Kid footage. However it made him looking more into this so-called Angry German Kid. He found a video called: AGK Episode #1:Angry German Kid Sees Himself on YouTube by AngryGermanKid82. His very first profile picture was a Gold looking "P" on a black background.

But nothing made him so great because he used movie maker back then..

In a while Little Jaiden thought to try and make his own Angry German Kid Series. They where made in Live Movie Maker First off. Many people complained there were a lot of Spelling errors. Like: Stoopid or Feetures. So it wasn't really good looking. And many videos where disliked. Even AGK Makers said he sucked.

That's why he decided to close his channel and never return again.

In 2010, Jaiden tried to return again. But this time, he started already with his new AGK Series featuring in Sony Vegas Pro 8. His new profile picture was Leopold masked on a slight blue background. Many people began liking him this time and it grew very easy.

There's no more information about this channel, other than it had a very different profile picture after 2011.

“I experienced a lot in sony vegas! Commented on someone saying that how do you make these so cool?”
―Jaiden

After a while Jaiden got hacked by someone. But nobody knew who it was.

The hacker also closed the account leaving a message: Go and cry! on his rejected email.

Jaiden took his last breath after this one. He was glad he had a backup channel for Angry German Kid Videos. It was called: PVM55AGKVIDEOS.

He changed the layout and the profile picture Into the Adrenalini Brothers Logo. This time he began making his last hope. To get some more subscribers back. Because he was very serious after that happen. His videos where more AGK New Gen style with smooth intros and production lines.

Sadly, this one also got hacked after a while and it was the same hacker. This time he changed another Email so the hacker can't hack his new account.

When Jaiden returned to YouTube finding out the comments have changed and the channel. He went so mad at Google this time. But he had to live with it. Slowly he began working on a more lower process of AGK this time. Luckily his subscribers where still there. But will the hacker still be on his way one day? Also Google+ Forced him to leave the numbers away which he didn't like at all.

By this year Jaiden is now 16 years old, originally planning to continue his AGK series with new several seasons, but he ended up closing his account on February 19, 2015, after confessing to his subscribers that FNAF was ruining his life and not because of his rivalry with Cansin13, who got into a rivalry on him over his planned 'Five Nights at the AGK Studio' video game, which Cansin13 hated the idea of due to being based off 'Five Nights at Freddy's', which he has a hatred for.

Therefore all of Jaiden's AGK episodes are no longer available for public viewing since they have been deleted along with the account.

V3.1.1: The Return of PVMAGKVIDEOS

A few days later Jaiden opened a new account of the same name, but unfortunately almost all of the episodes that were in the previous account were claimed to have been corrupted and could not be reuploaded (only a few episodes were available for reuploading as those were not corrupted). Therefore it was announced that he would restart his AGK series, starting with a remake of AGK plays Five Nights at Freddy's, however the remake gained negative ratings with a large chunk of its ratings being disliked.

Jaiden closed his channel again sometime on March 1, only a week after the account's creation. This occurred shortly after making apology videos to Cansin13 and PVMAGKVIDEOS' original viewers on being hated for Jaiden's FNAF-AGK video game spin-off and not taking requests until he chose to do so, respectively.

Jaiden then made another account on March 2, 2015, with the series that was started on the previous account (Which was opened a few weeks earlier) being moved to this account. He has uploaded a few new episodes including some old references from previous AGK makers like: Pokebob1 and AGK82, however, people predict he was going to retire forever, nobody knows what really caused him to return AGAIN..

Some thin peoples predicts are:

He made a reference upon Five Nights At Freddy's 3 trailer, and even he had a scary version of himself looking like Springtrap.

But he changed it a bit more cuter to get the spooks out of the way and live like an AGK maker again.

Jaiden still has a good process on his AGK Series. But he thinks he might have to do something one point for the requests.

He still uses Sony Vegas. But went to Pro 10. Rather than 9. Also he might think the disliker is the hacker, maybe?

His list has a variation of Episodes. Some of them are New, older, creative or scary. It gives him also a good feel to it, rather being bored. He gets that AGK feel one day again.

“My History belongs to my email where everything has never been read on my Inbox.”
―Jaiden

His profile picture changed a few times but he has a standard one he always will use. He might make a few mistakes but that's OK. even though the troll war is still going on somewhere. But he stays safe.

Jaiden has 2 Mascot's: A girl and a Boy.

The boy's name is: Jaiden or PVM55

The girl's name is: Mallie. (Many say that Mallie looks familiar to Frida form the cartoon: El Tigre. )

Through some time Jaiden made a few other mascots but have no infuence on the show or anything in general, they're just there for some amusement to bring.

Series I: AGK Proto-Start I

Despairtopia is a discontinued, yet a myth on PVMAGKVIDEOS' channel. A show that was unique to all his other shows. It featured the main character Leopold Slikk with Valentine and Danganronpa characters. Fans are still plagiarizing in the comment sections for him to rework on it. He doesn't want to hear about it anymore. His latest banner featured Valentine on it for a while wondering what it could mean. But it later changed into Mallie and Jaiden. To probably hide the questions away.

The sub name for Despairtopia was AGK Future. It ran for 30 episodes before revealing a bigger plot coming. But it's been canceled. 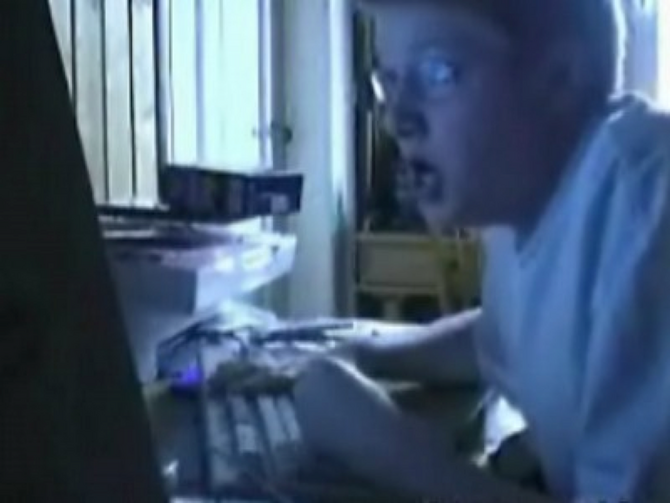 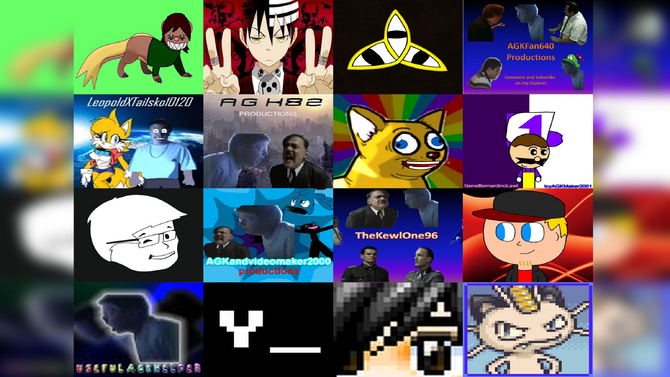 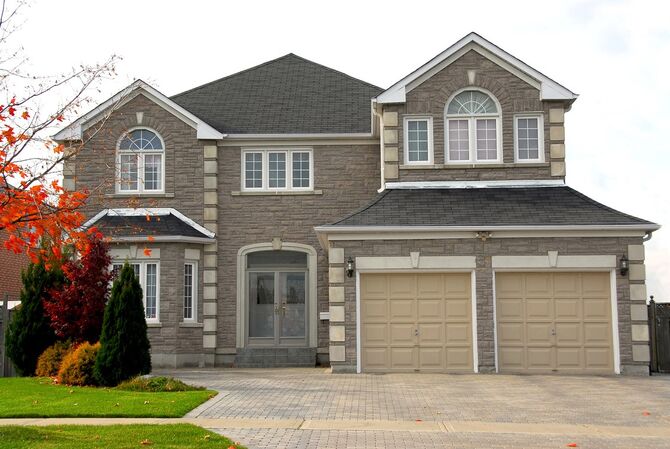 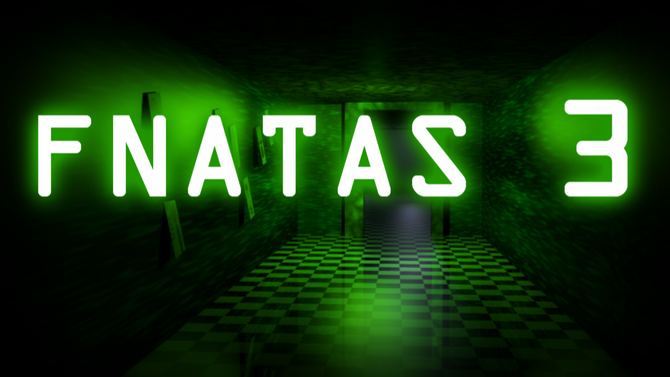 Characters in the AGK universe!

People who make AGK parodies and bring us fun. 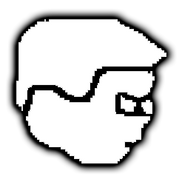 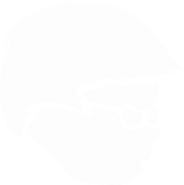 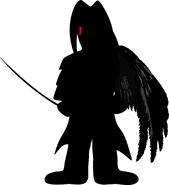