Red Bloony was an AGK parodist since October 2015. He's a fan of drama, horror and comedy, which was the main inspiration for his AGK series. His series was mostly driven by his ideas, albeit very eccentric which led to conflicting opinions on how he should develop his plot.

The series has been postponed due to lack of motivation in animating and multiple flaws in the planned storyline that eventually led to it being entirely scrapped. As of now he does not consider himself associated with AGK anymore and has unlisted his vids since, although kept the links on this page for anyone who were still willing to watch.

The numbers in brackets marks the character's debut in a "Season-Episode" format. Traits unique to a character in this series are marked below their entry.

Red Bloony used a rather creative thumbnail system, though it was thought of long before he met Ivan. There are symbols on the thumbnail which hinted you of what to expect in the episode and what it's all about. They are located on the bottom left of the thumbnail (formerly on the top left with the AGK banner), whereas the top-right feature numbers in a "Season-Episode" order.

Unlike others, Red Bloony's RPG battles were different, in which they feature a first-person view from the perspective of Leopold, ala RPG Maker. It introduces the following:

There are a total of 6 RPG fights with this format, which includes:

This season has no intro at all, and the credits is only a still frame of a black screen. It has only one episode (Episode 1: AGK plays Unreal Tournament), which can be considered as Red Bloony's first try on both Camtasia 8 and making an AGK parody.

This season has an intro with this song and a better credits akin to Atarster's. This season has 9 episodes, and has no main antagonists. The font has since been changed to Consolas.

This season's name shows it all: it's about Leopold playing games. The credits is the same as Season 2, the intro is different but still uses Bothersome Guys.

Episode 21 (titled 'AGK meets his friends') was part of Season 4 which was planned to focus on Friendships, featuring debuts of characters of other parodists interacting with Leopold. He released a 6-minute long preview on May 13, 2016 featuring 3 minutes of production each on Noah and AJK's arcs, which eventually ended up being the entire ""episode"" due to the increasing lack of motivation.

Said motivation sink was caused by multiple changes in the story's development as well as the difficulty of a higher-end animation style (getting into Touhou also doesn't help). By mid-2016, progress on the episode was stagnated at a very slow pace and production stopped entirely after August. 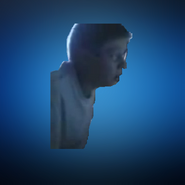 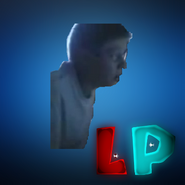 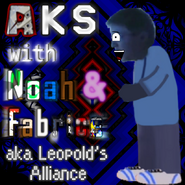 First dramatic instance in his series

All of Season 2's episodes' thumbnails, before they were changed on Mar 20th, 2016

All of Season 3's episodes' thumbnails, before they were changed on Mar 20th, 2016