Punching the monitor when getting jumpscared

Roger Simms is a character who was first introduced in Atarster's AGK Series. He is based off the famous Falcon Punch Guy from a video where a he punches his computer while playing Scary Maze Game.

Known as the Falcon Punch Guy, in episode 84 of Atarster's AGK series, he was bullying Leopold and Leopold taught him a lesson to stop bullying. Jake made him play the scary maze game and then he got scared and wet his pants. Appearance in Episode 137 - AGK Passes the Test.

He made a cameo appearance on Episode 13. In Episode 41, Leopold threw a temper tantrum at the end of the episode after watching the whole footage of him.

He is lazy, bossy, mean, cowardly, sometimes sexist, and sneaky.

While he shares similar traits as his younger brother Ethan, he tries to be nice to others but always gets laughed at and called a coward, then gets angry and screams "SHUT UP!". Edward has been proven the biggest coward in school due to after playing The Scary Maze Game.

In Episode 8, he and Stephen tell Leopold and his friends to shut up after laughing over Ms. Fukov's name. He later makes fun of Leopold for playing Unreal Tournament instead of doing his work Four episodes earlier. After that, he Isn't seen again as his friend Stephen gets send to detention along with Leopold and his Friends.

In Episode 11, he makes a Cameo appearance in Mr. Cranky Doodle's classroom.

In Episode 13, before cutting school, Leopold puts a stink bomb in the restroom to make everyone think he's actually using the toilets. When Roger and Stephen enter the restroom and smell the stink bomb, they immediately faint and fall to the floor. 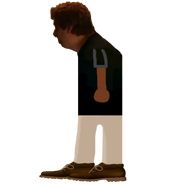 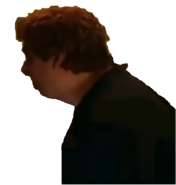 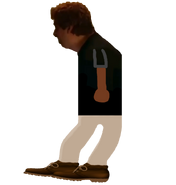 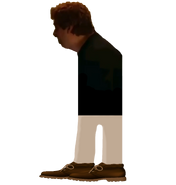