“Greetings to all you angels out there, my name's Travrinity.”
―Travrinity's intro

“We live in a world where we don't understand the consequences of pride and greed. We steal man's idea and re-design it as our own. Being original made man more successful than others. Without this, we enter a war on creation.”
―Travrinity on originality

Traver Adam Vincent, known as Travrinity, born on March 31st, 2000, is a gaming channel and a future AGK parodist who mainly focuses on horror (most of the time), indie, playing, shooting, and other types of video games. In the future, he'll think of doing AGK parodies once he understands how to animate. As of now, he's working on the concept art of characters and the manga.

"Organ Master Leopold" is an upcoming manga styled series about a German teenager named Leopold Kowalski.  It starts off with Leopold having a normal life in Koblenz, Germany. He meets his friends at school like every day. Until one evening, he discovers a man acting very strangely. He approaches him, then the man shared to him a power no ordinary human being can have. The man warns him of a dangerous organization that threatens to destroy the whole nation before getting shot. Later on, Leopold starts to feel a tingly sensation in his body and unlocks a strange power from a certain body part, known as Gloria's Organ. [link, source or proof needed]

Note: Episodes with W.I.P. are being worked in progress. 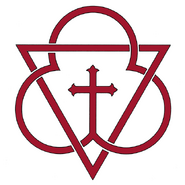 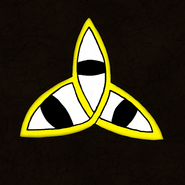 Retrieved from "https://agk.fandom.com/wiki/Travrinity?oldid=139402"
Community content is available under CC-BY-SA unless otherwise noted.