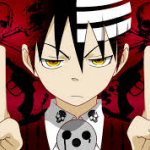 My name is YumaSonic2016. I've been into Angry German Kid since I was 13 years old. However, I only felt like making parodies inspired by other AGK makers until I was almost 15 years old. My biggest influences at the time were Cansin13 (2014-2015 AGK series), Atarster, and AGKandvideomaker2000, and I wanted to be like them so badly. Eventually I grew and wanted to make original AGK parodies and a new style of animation that pretty much no one has ever done in an Angry German Kid series before.

Besides an Angry German Kid Parodist, I'm an artist, animator, gamer, reader, planning to become a writer, Instagrammer, musician as planned, baseball player as planned, memer, etc. I'm planning to bring an amazing future life for myself, my friends, and everyone else.

That's my brief introduction about YumaSonic2016.

P.S. You can call me Yuma, Taito, Leone, whatever you want, as long as it's not my real name.

Retrieved from "https://agk.fandom.com/wiki/User:Ezrayoshi?oldid=139763"
Community content is available under CC-BY-SA unless otherwise noted.