Shitpost AGK Videos, Member and the Owner of AKM

xAgk, xAgkMane or justXsking born in Dec 27, 2002 A Friendly neighborhood from Bronx New York, Sometimes he gets angry if somebody annoys him, He join the community on 2018 when he was 15 years old making his first ever AGK video called AGK goes to Ellenwood area made with Kinemaster, it was shortly deleted cause of the Negative response he got, early 2019 xAgk wanted to make a Group or Subgroup called the AKM "Angry Keyboard Memes" join by his 6 parodist Steephy, marsh301, vladslikk99, sgt. pelds, Zurkyz11 and SuPreMo_4k at the time, He wanted to make the episode original and with Dank Flavor to it, and the rest is history.

The 1st AKM member (Owner for only 2 Years) 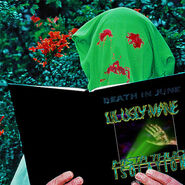 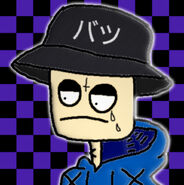 Retrieved from "https://agk.fandom.com/wiki/XAgk_(AKM)?oldid=146950"
Community content is available under CC-BY-SA unless otherwise noted.